I come to you today to talk about something a lot of board game enthusiasts deal with but don’t often talk about. It’s a problem that is joked about, mocked, and even belittled but often times it can be a serious problem. Today I’ll be talking about “Board Game Acquisition Disorder” or BGAD. For those of you who don’t know, when a fledgling board game enthusiast starts his/her meager collection they are often compelled to keep spending, collecting, and eventually hoarding new games. This leads to games being on the shelf (sometimes still in their shrink wrap in severe cases) for years, even decades.

In all seriousness, as someone who has suffered from BGAD myself, I’d like to let those of you who are concerned know that there is hope. In 2014 a Board Game Geek (boardgamegeek.com) user Sarah Reed (SilvaShado) came up with the concept of a 10 x 10 (read “ten by ten”) challenge.  The challenge is to play 10 of your games 10 times each before making any new purchases. The challenge serves to battle the urges brought on by BGAD and the “cult of the new”, often times causing gamers to buy new games simply because they are new with little to no intention of actually getting them to the table. The 10 x 10 challenge is in its second year now and is going strong. Personally, having multiple hobbies I combat the urge to buy new games with either home brewing or expanding my miniatures collection (hey, no judging, it’s different than board gaming!). But today, brothers and sisters, I’m taking my stand. My previous board game purchase will be my last until I play the following games 10 times (in no particular order): 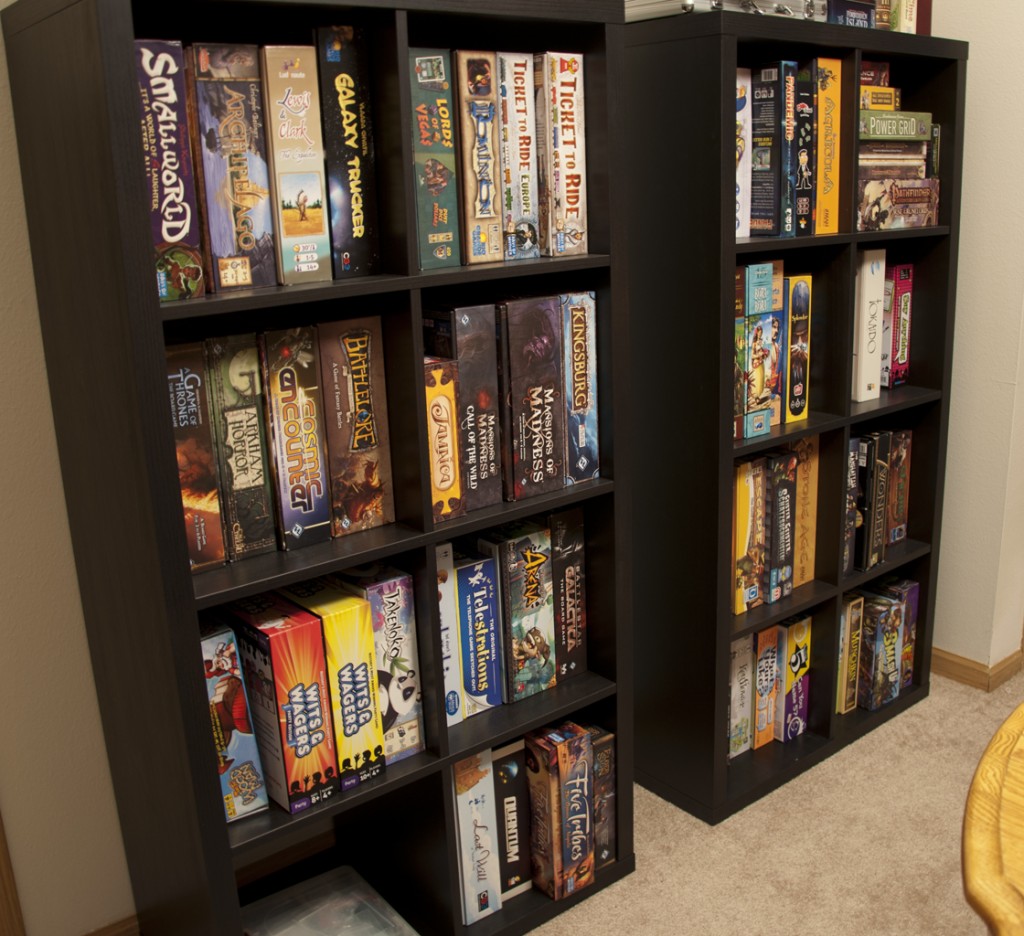 Now, I have played some of these games more than others (Magnum Sal being the only game listed that I haven’t played) but they all are a bit meatier, which will make it more difficult to finish the 100 plays total. Playing these games as well as writing reviews for this site should provide me with enough motivation to go back and really explore the dense catalog of games I have already amassed, instead of “clicking buy”. So, if you would like to join me in this endeavor be sure to tell me about it over on twitter or send me an email!